The Heel Strikes Back! 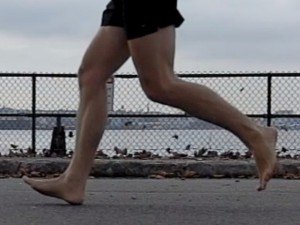 25 May The Heel Strikes Back!

Posted at 00:00h in Latest News by adminva

Clients of Tokyo Physio and those unfortunate enough to have shared a dinner party with us when the topic arises will know that we are very passionate and opinionated when it comes to running. It is an exciting time in the sport as long held beliefs have been challenged and participation numbers skyrocketing. The main topic of discussion centres on running shoes and foot-strike and the relationship between the two. Companies eager to market their shoes will often try shoe wear theses shoes and you HAVE to strike in a certain way. But in reality yes they are inter-related, but not the same . 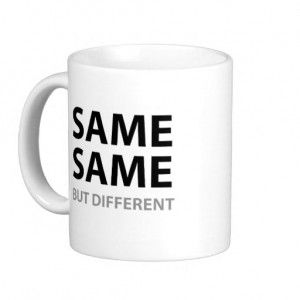 I found this great mug about running shoe types and foot-strike on a recent holiday to Phuket.

The validity of “high-tec”motion control features and large drop from heel to toe (ramp) are increasingly being questioned and consequently footstrike patterns are increasingly being questioned too. There is an increasing body of evidence to ‘motion control’ shoes with large ramps to poor running technique, with over-striding, exaggerated heel striking and also an increase incidence of injuries. In our opinion, this is where the flow onto the running technique has become somewhat skewed; as heel-striking has become the pariah. Our stance is that all heel strikes are not equal: there is exaggerated heel-striking (where the foot lands a long way in front of the body and there is a large angle between the foot and ground at heel strike) has been bundled together with sensitive heel striking where the heel strikes first, but with a low angle between the foot and the ground, the foot lands under the knee and quickly progresses through to the toe-off phase without the ‘braking phase’ commonly associated with exaggerated heel striking. 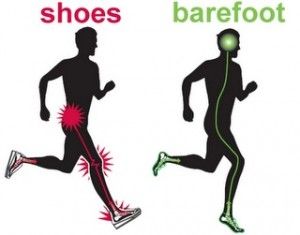 See how easy it is!

Companies looking for the latest trends have caught on and have been marketing shoes that will make everyone a forefoot striker. Many sports scientists have jumped on board and there are video analysis all over the internet comparing a Kenyan forefoot striking while running (more like sprinting!) at 2.40min k pace (25km/h) on split screen analysis with a recreational runner jogging at 6min k pace. Look at the exaggerated heel strike on the chump and the forefoot strike on the champ – it’s obvious that we all should be forefoot striking all the time and voila, you’ll never run sub 4min k pace again!

Often overlooked is the indisputable link between running speed and foot strike patterns. Get the recreational runner to run 2.40 min k pace and that fellow will be forefoot striking too, but he just will only be able to keep it up for about 30metres, not 10kms.

The end result is that all of a sudden noone is a heel striker- there is even a top-selling T-Shirt “It has been xx months since my last heel-strike”. Pose and Chi running technique are all the rage and shoe companies like Newton are making top selling shoes with weight bearing structures (lugs) being built into the forefoot. The message is simple – Losers heel strike, champs forefoot strike, and I’m a champ not a loser right! 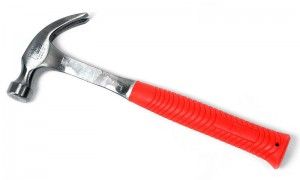 Knee up on this chair and I’m going to hit the soles of your feet with this 10,000 times. Where would you like me to hit?

So we now see a steady stream of patients come into the clinic – who are aiming for a sub 4.30 marathon, armed themselves with Newton shoes or Vibrams and started their slow jogging up on their toes. Sure enough their calf muscle breaks down, or the plantar fascia, or tibia (shin splints) they trudge through our doors saying “But I’m a forefoot striker dammit”. When we look at the science there is a growing body of evidence suggesting foot-strike is highly correlated with running speed. An interesting recent one emerged in the New England Journal of Sports Medicine from Hattala et al 2013  on a tribe in Africa who had never worn shoes in their life and had running as part of their culture. When they were asked to run at an easy pace they were found to be (shock-horror!) heel striking. Only when they were asked to run at high speeds did some of them forefoot strike – and even then many of them kept heel striking. Another analysis of runners in The top 300 runners at the 30km mark in Sapporo marathon showed that over 75% were heel striking and less than 3% forefoot striking.

So don’t be a closet heel-striker – be out and proud!  Just don’t land with your foot a long way in front of your knee and an exaggerated angle between your foot and the ground. It’s also a good idea to progress towards lighter shoes with less motion control and lower ramp, aim to run with a cadence over 170 steps per minute, and gradually introduce new stress to your body, feel the wind in your hair and enjoy it!